Art in Argentina in the 90s and beyond

The third chapter of Orgullo y Prejuicio. Art in Argentina in the 90s and Beyond —a series of seven online exhibitions curated by art historian Francisco Lemus— is devoted to Fernanda Laguna (1972). She is considered one of Argentina’s most influential contemporary artists due to her unique vision and her multifaceted art practice which centers on visual art, but includes celebrated poetry and novels, creation of numerous alternative cultural spaces and an effective social practice which she has carried on for over seventeen years in the marginalized neighborhood of La Lonja, Villa Fiorito.

Laguna had her first solo exhibition at Centro Cultural Rojas in 1994, followed by another one in 1995. Images from both shows are included in this chapter. In 2000 she co-founded Belleza y Felicidad (Beauty and Happiness) an artist-run art gallery and publishing project which was a watershed moment in the development of art in Argentina, establishing certain ethics and aesthetics which are still an active inspiration for younger artists today. In 2003 she opened a branch of Belleza y Felicidad in Villa Fiorito. Works from that period of time and more recent paintings are featured as well, in order to show a panoramic view of the development of her work throughout the years. We have included information on Belleza y Felicidad and a separate page on ByF Fiorito, additional layers rich in information can be accessed by clicking on images and documents 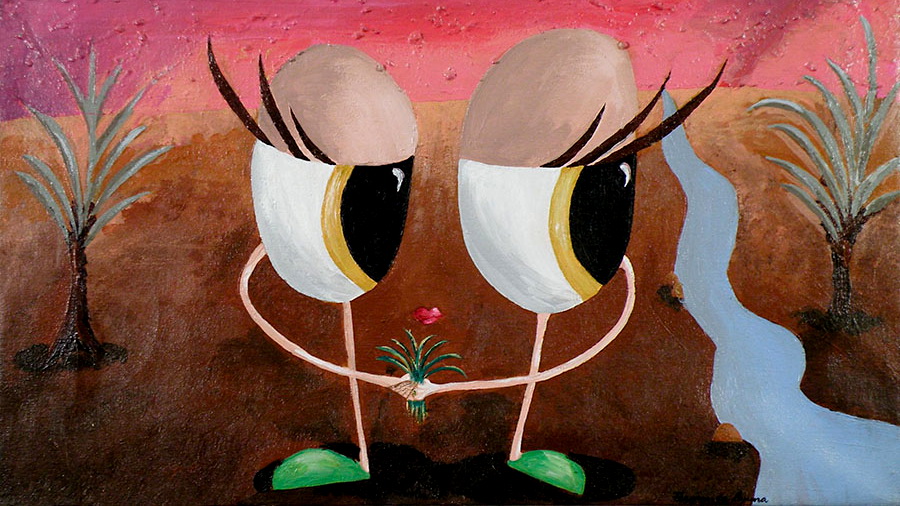 The nineteen-nineties marked a turning point in the history of art in Argentina, as it emerged between the end of a major economic crisis, the onset of neoliberalism and in the urgency imposed by the HIV/AIDS crisis. The developments then initiated still influence art practices today. The art of that decade provided a measure of relief, a small opening for sensibility in what was a hostile context. The mainstream was influenced by the alternative circuit which, in turn, looked to fashion and music. This first introductory chapter features both emblematic works and others still overlooked in the art histories of the period. A selection of documents interrogates the relationship between art and the counterculture, minority discourses, the historical avant-gardes, and the nightlife that exploded in every corner of Buenos Aires. In addition to the works by Alfredo Londaibere, Cristina Schiavi, Fabulous Nobodies, Feliciano Centurión, Fernanda Laguna, Jorge Gumier Maier, Lux Lindner, Marcelo Pombo and Omar Schiliro, recommended readings and other contents of interest are provided here. 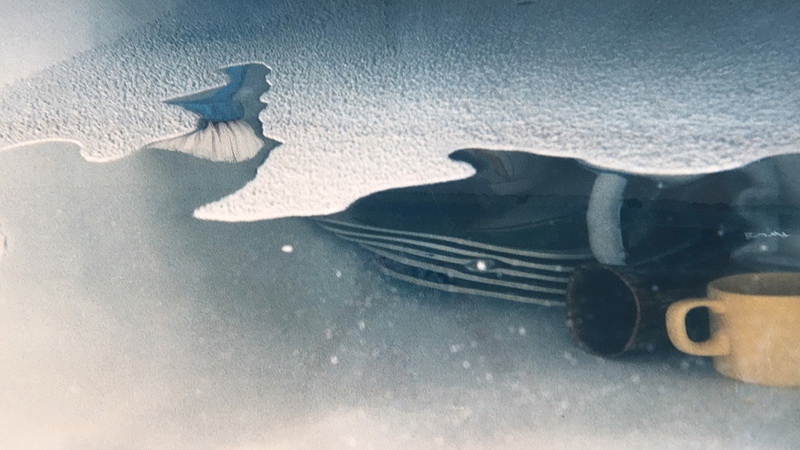 What role did conceptualism play in the Buenos Aires art scene of the nineteen-nineties? That decade is overwhelming associated with global neo-conceptualism, a practice seen as antithetical to the curatorial vision of the Centro Cultural Rojas gallery. Conceptualism’s relationship with humor and play, with visual culture and the alternative scene, is rarely examined. It is, rather, seen as rife with signs that must be interpreted, a movement closely tied to the politicization of art. This exhibition contains a group of works that provides an alternative answer to the question about conceptualism formulated above. These productions share, at least initially, a marginal position in the art world. They engage the local art scene ironically as, in the nineties, new artists and venues were changing its configuration. This chapter displays the comics by Roberto Jacoby and Sebastián Gordín, the photographs by Raúl Flores, the proyect Esculturas y Fotografías by Carlos Subosky, Esteban Pages, Emiliano Miliyo and Máximo Lutz and the works by Rosana Fuertes.