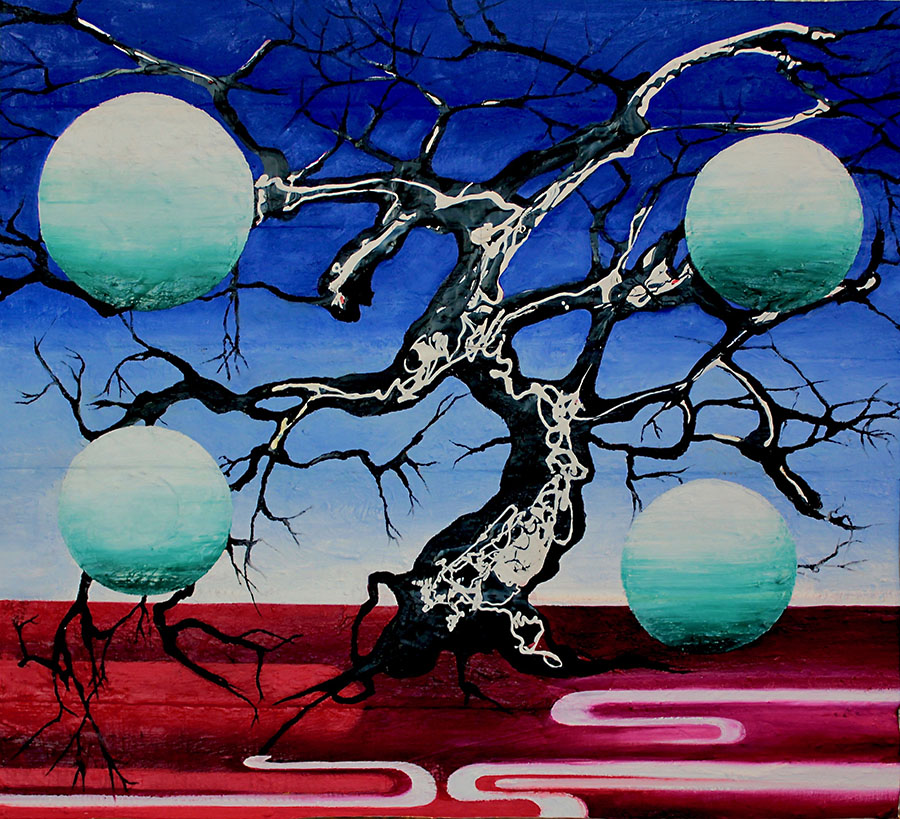 A painter, curator, and art teacher, he began showing his work during the nineteen-eighties in bars, clubs, and other venues on the Buenos Aires alternative scene. At the end of that decade, he was invited to exhibit at the gallery of the Ricardo Rojas Cultural Center, directed by Jorge Gumier Maier. Pursuant to the show at Rojas, he participated in a number of solo and group shows and became a key figure in the group known as “the Rojas artists.” From 1997 to 2002, he was director of the Rojas gallery. He gave drawing and painting classes at the Rojas Cultural Center until 2017.

His painting practice included a range of media and techniques (acrylic and oil, works on wood, collages, temperas, interventions on found photographs, and others). His art revolved around salvaging and re-reading pictorial traditions and heeding subjective expressions of visual pleasure. Like the work of many Rojas artists, his made use of elements found in contemporary visual culture. In 2015, he was awarded the Andreani Foundation Award, as well as the prizes given by the Banco Central de la República Argentina and UADE. His work has been exhibited in Latin America, the United States, and Europe. In 2019, the Museum of Modern Art of Buenos Aires held a major retrospective of his work entitled Yo Soy Santo.