Invitation card to the exhibition 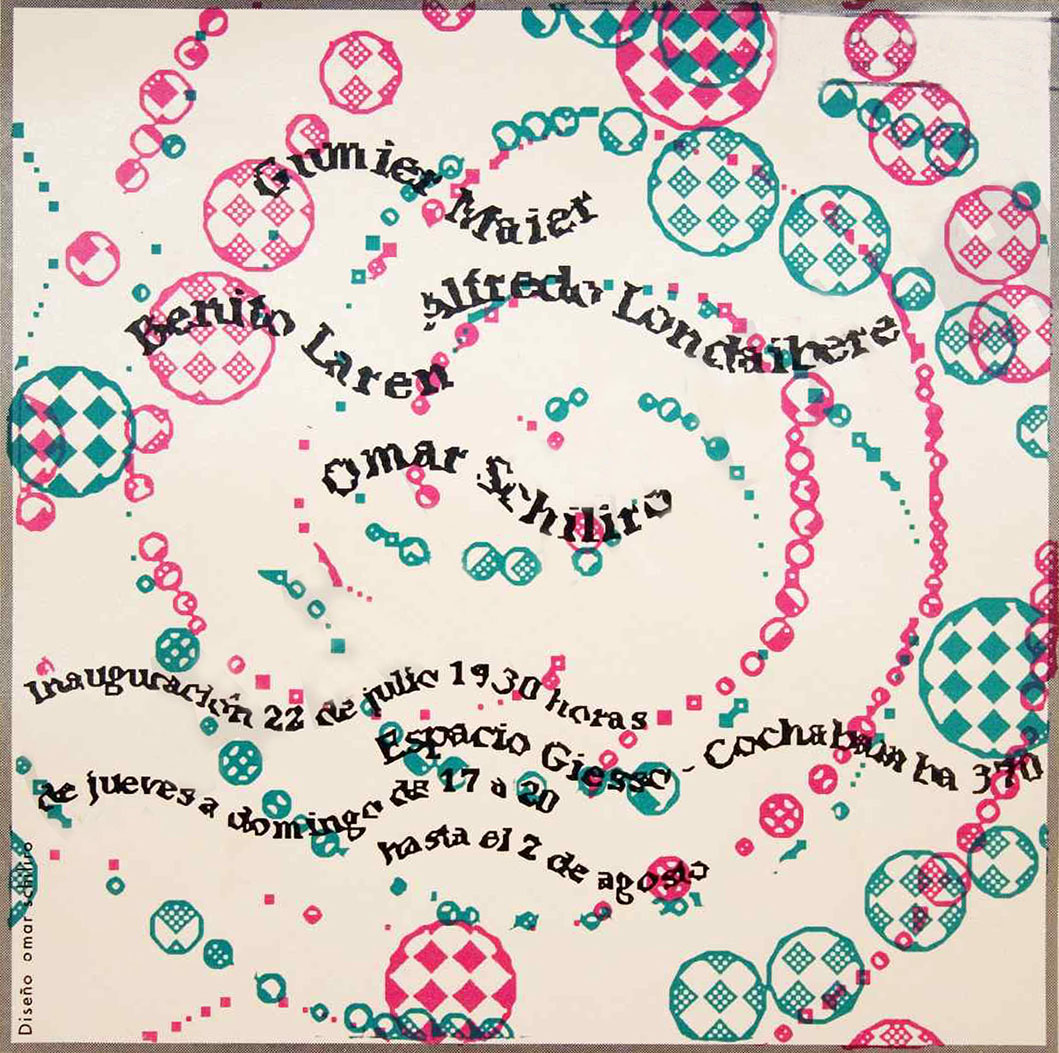 In August 1992 art crtic Jorge López Anaya published a review on the show by Gumier Maier, Alfredo Londaibere, Benito Laren and Omar Schiliro at Espacio Giesso —located then in the Buenos Aires’ neighborhood of San Telmo— in a major local newspaper, La Nación.  It was entitled Absurdity and Fiction in a Remarkable Exhibition.  In this text, the critic establishes a point of inflection in the way he reads art being produced at the time, introducing the adjective “light” to qualify the exhibited artworks in the context of a postmodern sensibility. This word was then utilized in a derogatory manner by other participants in the local art world to refer to the irruption of gay culture, feminism and esthetics of difference in the field of art practices. Through its insulting use, an old debate about social and political commitment in art was reignated. The discursive effects of the use of the term “light” were seen in two mjor public discussions which were very well attended. The first one, in 1993, was a roundtable entitled “Arte Light” organized by painters Diuilo Pierri, Felipe Pino and Marcia Schwartz within the series of lectures and events on the visual arts Al margen de toda duda? (Without a doubt?) at the centro Centro Cultural Rojas.  Ten years later, in the context of Argentina emerging from a major serious economic and social crisis and a re-appreciation of activist art, a second debate around this issue was organized at the Museum of Latin American Art of Buenos Aires, MALBA, entitled Arte Rosa Light & Arte Rosa Luxemburgo. (Translator’s note: a pun on rosa: pink, and Rosa, the name of the left-wing XIX century European philosopher).