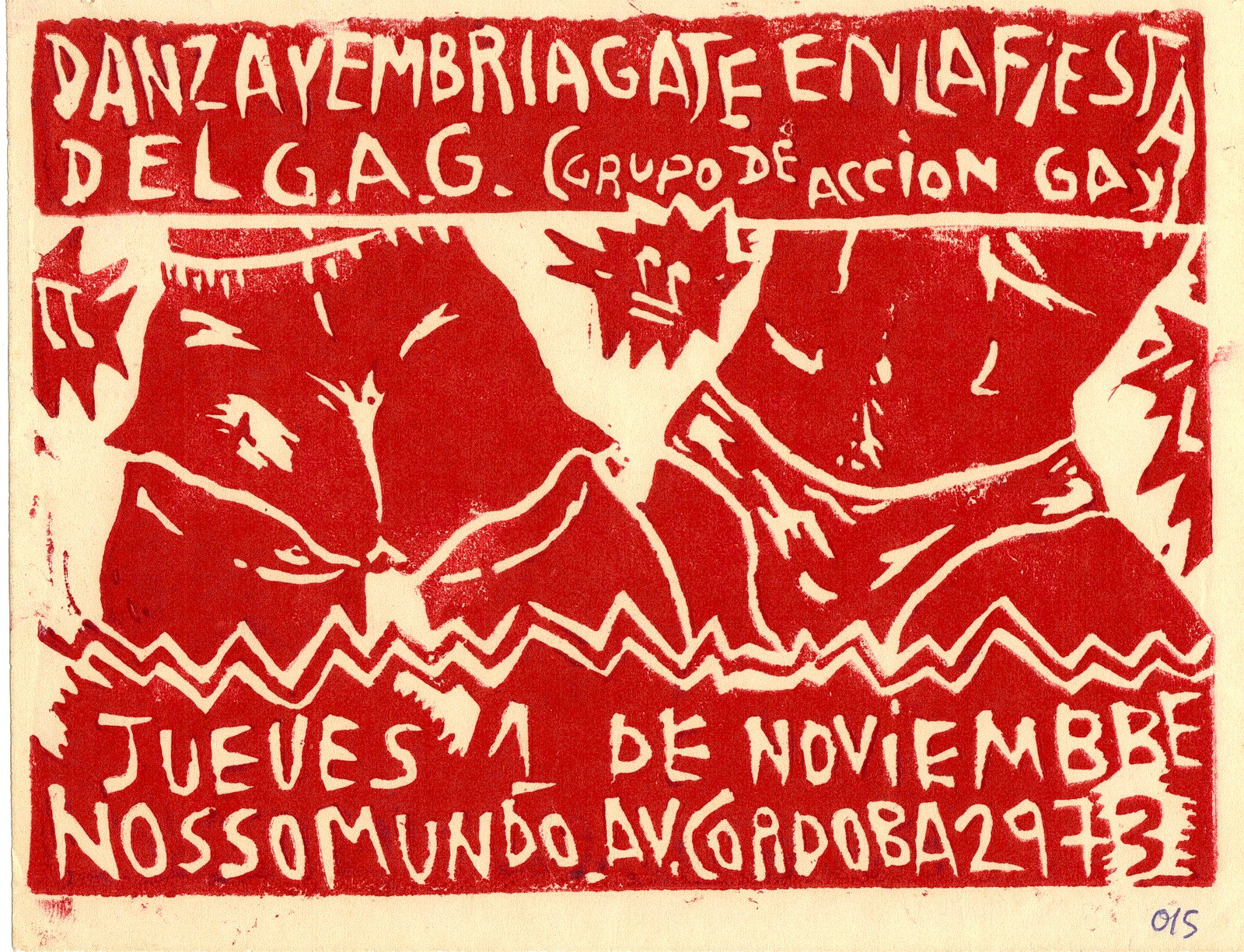 Grupo de Acción Gay was an activist group which operative in Buenos Aires between 1983 and 1985.  They were part of a larger organization, Coordindora de Grupos Gays, created upon the return of a democratic regime to Argentina. GAG confronted arbitrary police actions against homosexuals, including the frequent irruptions and detentions at gay night clubs, as well as violence and discrimination of all sorts against sexual dissidents. Aside from its activism, the group engaged in discussions on theories related to gender issues, post-structuralism and gay literature. Members of the group generated a space for social interaction and awareness which welcomed people interested in questioning heterosexual normativity. The flyers they produced as well as the pages of a magazine they publised, Sodoma —which had only two issues— show a sexual imaginary through collages and illustration which connect with with the counterculture of the time, art as well as gay habits of consumption of the post-dictatorship years (Translator note: the military dctatorship in Argentina ruled between 1976 and 1983).